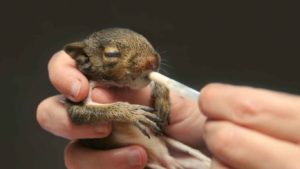 When Do Squirrels Have Babies?

If you’re like most people, you’ve probably wondered at one time or another when do squirrels have babies? It’s a common question, and the answer may surprise you! In this guide, we will discuss the breeding habits of squirrels and provide some tips on how to spot baby squirrels in your backyard.

What to know about squirrels

Squirrels are rodents belonging to the family Sciuridae. They have slender bodies with bushy tails and large eyes. Their forelimbs are short, while their back limbs are longer and stronger, as these help them in hopping. There are a number of different species of squirrel that can be found throughout the world. The grey squirrel is one of the most common ones.

Squirrels can be found in the wild as well as in cities, where they feed on leftovers from humans. These animals can be hunted for meat or trapped for their fur and tails.

Squirrels generally live in trees and feed on nuts, seeds, and fruits. They also consume insects and small vertebrates such as frogs, lizards, etc.

When do squirrels have babies?

Squirrels generally mate twice a year, once in the spring and again in the fall. The gestation period for squirrels is approximately 44 days, ground squirrels typically have two birthing periods, one in early spring and another in late summer.

The breeding season for squirrels varies depending on the species, but typically falls between January and July. Some female squirrels may have two or three litters per year, while others may only have one.

When do you know they are pregnant?

It’s not always easy to tell when a squirrel is pregnant, but there are some clues to look for. When a female is ready to give birth, she will build a nest of soft materials like leaves, grass, and twigs. The nest will be located in a tree hollow, an attic, or any other sheltered spot.

Newborn squirrels are blind and deaf at birth, and they weigh just a few ounces. They depend on their mother for milk and care until they are able to fend for themselves, which is usually around 12 weeks of age.

Since they’re born blind and helpless, they spend their first few weeks in a nest (drey) made of leaves and twigs. Their fur is soft and greyish, with a fluffy tail.

The mother will teach them how to climb when they’re about two months old, and they’ll become independent.

At what age do squirrels have babies?

Squirrels generally reach sexual maturity at around one year of age. however, some species may not breed until they are two years old. once they do start breeding, female squirrels can have multiple litters per year.

How many babies do squirrels have?

Litter sizes vary depending on the species of squirrel, but most litters contain between two and five baby squirrels.

In the wild, only about half of the baby squirrels survive to adulthood. This is due in part to predation by larger animals, as well as being hit by cars or getting lost.

Baby squirrels are small and helpless at birth. They are covered in soft fur and have their eyes closed. Their eyes will open after about three weeks, and they will start to explore their surroundings after about four weeks.

Where do baby squirrels sleep?

Baby squirrels sleep in their mother’s nest until they are weaned and able to fend for themselves. The length of time they spend in the nest varies depending on the species of squirrel and how well they are able to survive on their own.

Some baby squirrels may be ready to leave the nest at just a few weeks old, while others may stay with their mother for several months. When they grow up they will also sleep in a nest.

No, baby squirrels are not dangerous. They are simply too small and helpless to pose any threat to humans. However, their mother may be aggressive if she feels her babies are in danger.

In conclusion, squirrels generally have their liters in the springtime. This means that if you see a baby squirrel in the wild, it’s likely that it was born between March and May.

However, there are always exceptions to this rule. If you’re ever unsure of when a squirrel had its babies, it’s best to consult with a wildlife expert. Thanks for reading!