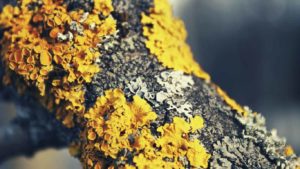 Tree bark diseases can be quite common, especially when you are managing large tree plantations. These diseases can affect young trees and mature trees as well. There are different fungi that cause these diseases and you may need to remove affected parts of the tree if it is severe.

There are many diseases that can affect tree bark. Some are caused by fungi, while others are caused by bacteria or viruses. In this guide, we will discuss the most common tree bark diseases and how to treat them. If you suspect that your tree has a disease, it is important to get it diagnosed and treated as soon as possible. Otherwise, the disease could spread and cause serious damage to the tree.

What should you know about tree bark?

The bark is the protective outer layer of the tree. It is made up of different cells, including phloem and xylem cells. The bark helps to protect the tree from pests, diseases, and extreme weather conditions. It also helps the tree to store water and nutrients.

Tree bark is a living part of the tree, vital to its survival. It is also susceptible to a range of diseases and infections that can threaten the health of trees and cause them to die.

The bark of trees can also be damaged by environmental factors such as cold weather or pollution. However, most tree bark diseases are not fatal and trees can survive even with significant damage.

Lack of sunlight and nourishment, low water availability, contact insecticides or herbicides and drought conditions can cause bark diseases of trees.

Trees that are weak, unhealthy or undergoing a growth spurt will often be more susceptible to bark disease. Young trees in nurseries are more likely to be affected than older, established trees.

There are many diseases that can be attributed to common tree bark. The regions in which a particular disease is found also correlate to the types of trees that are most commonly affected by these diseases.

This is a common disease that affects hardwood trees, such as oak, ash, and maple. It is caused by the fungus Fusarium solani and results in small, dark spots on the bark. The spots can eventually grow together to form large lesions.

Fusarium bark spots can be treated with fungicides, but it is important to get rid of any infected tissue from the tree. Otherwise, the disease will continue to spread and could kill the tree.

Another common fungal disease that affects tree bark is powdery mildew. This disease is caused by the fungus Erysiphe cichoracearum and results in a white powdery substance on the bark surface. Powdery mildew can affect both deciduous and evergreen trees.

Powdery mildew can be treated with fungicides, but it is important to get rid of any infected tissue from the tree. Otherwise, the disease will continue to spread and could kill the tree.

Verticillium wilt is a common bacterial disease that affects both deciduous and evergreen trees. The bacterium Verticillium albo-atrum causes this disease and it results in a browning of the leaves and wilting of the branches. The stem may also become discolored and die.

Verticillium wilt can be treated with antibiotics, but it is important to get rid of any infected tissue from the tree. Otherwise, the disease will continue to spread and could kill the tree.

This is another common tree bark disease that can infect many different types of trees. The disease is caused by the bacteria Pseudomonas aeruginosa and results in wet, black lesions on the bark. The lesions often ooze sap and can cause the tree to die.

Bark cancer is another common tree bark disease. It occurs when tumors form on the bark, which can lead to extensive damage or death of the tree. Bark cancer is most commonly seen in sycamores, maples, and elms.

Anthracnose is a fungal disease that can cause lesions and rot on the bark of trees. The fungus responsible for anthracnose, Colletotrichum, thrives in moist environments and can damage leaves, fruit, and flowers as well.

Frost crack is a condition that affects trees when there is a sudden change in temperature. The bark can split and crack as the cold air meets the warm tree trunk. This is most commonly seen in trees that are newly planted or have been recently pruned.

Canker is a fungal disease that affects the bark of trees, causing it to become sunken and cracked. The fungus often enters the tree through a wound in the bark. Canker can kill trees if left untreated.

Cankers are dead areas of bark caused by a variety of fungi. The canker often has a sunken appearance and may be surrounded by callus tissue. Canker diseases usually develop slowly, over the years. If enough bark is killed, the movement of water and nutrients is disrupted, and the tree may die.

Blight is a bacterial disease that causes lesions on the bark of trees. The bacteria responsible for blight, Pseudomonas syringae, thrive in moist environments and can cause leaves, flowers, and fruit to wilt and die.

Blight is a serious bacterial disease that affects members of the rose family, including apples, crabapples, pears, mountain ash, and cotoneaster. The bacteria overwinter in cankers on infected twigs and branches. In springtime when temperatures are between 60 to 70 F (16 to 21 C), bacteria ooze out of the canker, spreading the disease. Infected trees will have wilted or blackened leaves and branches that appear scorched.

A number of fungi attack bark and wood, but it’s tough to identify which fungus is at work unless you spot fruiting structures on the plant or observe mushrooms near the base.

Spores produced by these different types of fruiting bodies are spread by wind, rain splash, insects and other animals. The fungi infect their hosts after entering through wounds in the bark or wood.

Common entry points include stomata, lenticels, cracks and pruning cuts. Many of these fungi are capable of infecting living trees; others attack only recently dead or dying wood.

Fungi that decay wood lack chlorophyll and must obtain food from other sources. These “saprophytic” fungi can break down complex carbohydrates in wood, including lignin and cellulose, to obtain the nutrients they need. This process of decomposing wood is called “white rot.”

Bacteria are single-celled organisms that can cause diseases in plants, animals and humans. Some bacteria live in the soil and attack plant roots; others live on the surface of leaves and stems.

Bacterial diseases often produce symptoms similar to those caused by fungi. For example, both types of pathogens can cause leaf spots, blights and cankers. However, there are some key differences between fungal and bacterial diseases.

Bacteria reproduce rapidly and can spread through the air, water or contact with plant parts. Many bacteria produce toxins that can kill plant cells.

Fungal diseases often take longer to develop than bacterial diseases, and they are not spread as easily. Fungi reproduce by producing spores, which are spread by wind, water or animals.

There are many treatments available for common tree bark diseases. However, it is important to diagnose the disease correctly before starting treatment. Treatment options include:

Tree bark diseases are a common problem for homeowners and gardeners. These diseases can cause significant damage to trees, and often require treatment to prevent the disease from spreading.

There are many treatments available for tree bark diseases, including fungicides, bactericides, pruning and mulching. It is important to correctly diagnose the disease before starting treatment. Watering is also an important part of disease management.